China’s leading developer of high-performance computing solutions Iluvatar CoreX(天数智芯) announced the completion of C+ and C++ rounds of financing exceeding RMB 1 billion($148 million), to mass-produce its AI inference chips, develop its second and third-generation AI training chips, and expand its software platform to accelerate the integration of AI and graphics. 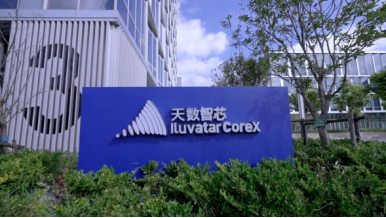 Its C+ round investment was led by Financial Street Capital and C++ round, by Hopu Investment, Zhongguancun Science City Science and Technology Growth Fund, and other parties, said the company on July 13.

Founded in December 2015 and based in Shanghai, Iluvatar CoreX develops System-on-a-Chip (SoC) chipsets and its proprietary software platform.

Diao Shijing, chairman and CEO of Iluvatar CoreX said, the investments represent the market’s trust in his company’s achievements as China’s first provider of general-purpose GPU high-end chip and high-performance computing systems. They will power its future development, despite the continued pandemic and other tests.

It launched the 7-nanometer general-purpose GPU chip design in 2018, its self-developed general-purpose GPU training chip - Tiangai 100 was successfully completed in December 2020, mass-produced in 2021, and secured sales orders of about RMB200 million ($29.61 million), with more than 200 customers’ applications in 2022 including the Internet, security, medical care, education, finance and autonomous driving.

In May 2022, it successfully completed the design of the 7nm general-purpose GPU inference chip-Intelligent Armor 100, making it possible to form a complete solution for cloud training + inference under the GPU architecture.

Lv Jianping, Chief Technology Officer of the company, said it started to work on GPU in 2018, with a first-mover advantage over many companies that are chasing hot spots after 2020. Its first product, Tiangai 100, was successfully taped out in one shot, which is not easy even for overseas leading companies.

Lv said that a natural strength of Chinese local companies compared with overseas giants is that they are closer to customers and can better understand customer needs. Local chip companies should also give full play to this strength.

A senior investor interviewed by JW Insights said that he prefers to screen potential teams to invest in early rounds rather than large projects. In such an environment, it’s unique for the company to complete such an amount of funding.

The intensifying competition among Chinese players in China’s general-purpose GPU market may call for a gradual elimination rather than a continuous game, commented an industry observer.