Chinese RF front-end vendors are bracing for destocking pressure as smartphone shipments dropped down in last couple of years. Meanwhile, many of them are expanding R&D spending to improve competitiveness, climbing up the value chain, a JW Insights report noted on September 22. 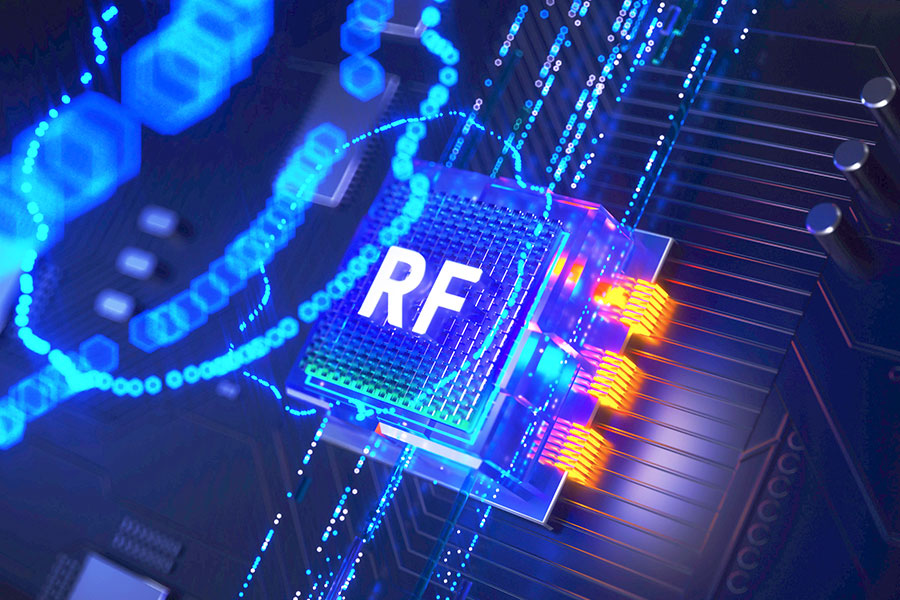 The slowing economy, continued pandemic outbreaks, and escalating global geopolitical conflict have dragged down the global shipment of smartphones this year.

The industry has entered a passive destocking stage as demand falters, affecting the RF front-end sector. Such Chinese listed companies have seen their revenue and net profit drop signiicantly.

As many Chinese mobile phone vendors have a high inventory level. An industry insider told JW Insights that mobile phone manufacturers generally have an inventory backlog for six months to a year.

However, from a long-term perspective, JW Insights predict that the global smartphone cellular communication RF front-end device market will grow from $10.44 billion in 2019 to $16.6 billion in 2024, with a CAGR of 9.7%.

The price war has become a direct means for RF front-end companies to increase shipments and seize market share. Chinese RF front-end companies accumulated a large amount of inventory last year, and they are all doing their best to destock this year, resulting in a sharp dive in the price of related products.

According to an industry insider, some companies promote their products at a price of 20% or even 50% lower than the cost. This year, the differentiation of RF front-end enterprises will be significantly accelerated.

Zhang Xiaoyun, founder of Suzhou Shengxin Electronic Technology(声芯电子), told JW Insights: "Due to the serious problem of inventory backlog, it is difficult to increase demand even if we reduce prices. As the existing inventory is gradually depleted, the supply chain is expected to return to normal by the end of this year or early next year."

Although most companies experienced a year-on-year decline in revenue and profit, their R&D investment showed a substantial increase against the trend.

"The current state of the local RF front-end sector is a surplus of low-end devices and a lack of high-end devices. Therefore, enhancing competitiveness through R&D is the only way to eliminate the vicious price war." Jia Bin, chairman of EPIC MEMS(开元通信), pointed out.

To achieve the goal of modularization and full coverage of the RF front-end, expanding the R&D team has become the best choice. Taking electrical components manufacturer Maxscend Microelectronics(卓胜微) as an example, its R&D spending in the first half of this year was RMB168 million($23 million), an increase of 37.13% over the same period last year. Its R&D expenditure accounted for 7.53% of operating income, higher than 5.20% in the same period the last year. As of the end of June this year, Maxscend Microelectronics had 1,037 employees, including 657 R&D personnel, accounting for more than 63.36% of the total number of employees, a significant increase of 130.53% over the same period of the previous year.

It is imperative for China's domestic manufacturers to adopt the high-end and modularization route. Cheng Zhengguo, general manager of RF IC chips vendor CanaanTek(迦美信芯), said that if Chinese manufacturers want to break into the overseas markets and compete with established RF giants from US and Japan, it is necessary to invest more R&D resources, especially in PAMiD, a power amplifier module with integrated duplexers.

In the face of cut-throat competition, RF front-end manufacturers in China have increased capital investment, on the one hand, they expand the R&D team, and on the other hand, they also invest in production line expansion.

Regarding the RF manufacturers' strategic layout of self-built filter production lines, Zhong Lin, general manager of RF front-end integrated chip player GSR MICROELECTRONICS(三伍微电子), expressed his optimism. "The self-built filter platform will help improve the overall performance level of the product quality and performance, establishing supply and cost advantages. The filter devices manufactured in self-built production lines filter can form a high degree of synergy with other products to match the market and technical needs of a variety of products and modularization.

Zhao Yi, research director of JW Insights, predicts that in the next two to three years, China's RF front-end vendors will make breakthroughs in PAMiD, high-performance filters, and enter the larger RF front-end device market. However, from the perspective of the industrial competition pattern, established companies that have already formed a specific scale have a first-mover advantage as the industry pattern has been relatively stable, while new entrants may not have many opportunities.