China’s mainland manufacturers took the lead in cellular IoT module outsourced manufacturing; BYD Electronics (比亚迪电子) and TDG-Tech (天通精电) ranked the top 2 in global shipments share in the first half of 2022, according to the latest research from Counterpoint’s Global IoT Module Manufacturing Tracker released in mid-October. 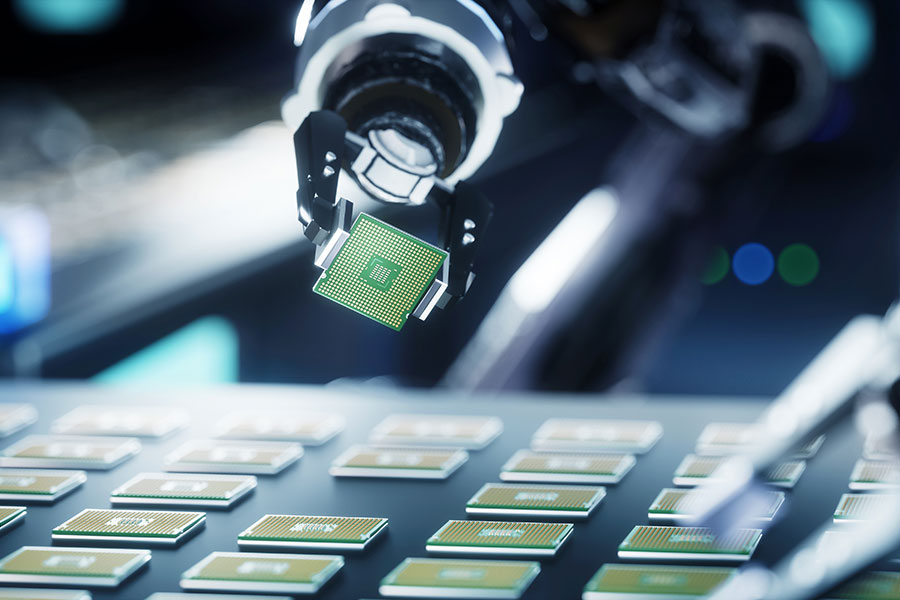 Ivan Lam, senior analyst of Counterpoint, said, “In the past few years, leading Chinese OEMs have grown significantly in size. They have experience in managing supply chain partners and manufacturing allies. Leading OEMs have brought in multiple supplier policies to maintain their cost competitiveness, which gives them an advantage in terms of cost offering”.

“Manufacturing cost is still one of the key elements of an IoT module’s cost structure, apart from the cost of the components. Leading OEMs are growing rapidly in China and they are likely to predominantly hire manufacturing partners that have production sites within the country,” Lam added, “However, we observed that OEMs also hired EMSs with global production sites, such as production facilities in Mexico or Brazil to cater to the North America and LATAM markets.”

Outsourced manufacturing accounted for over half of the global cellular IoT module shipments in H1 2022, reaching 52.4%, said Counterpoint's report. 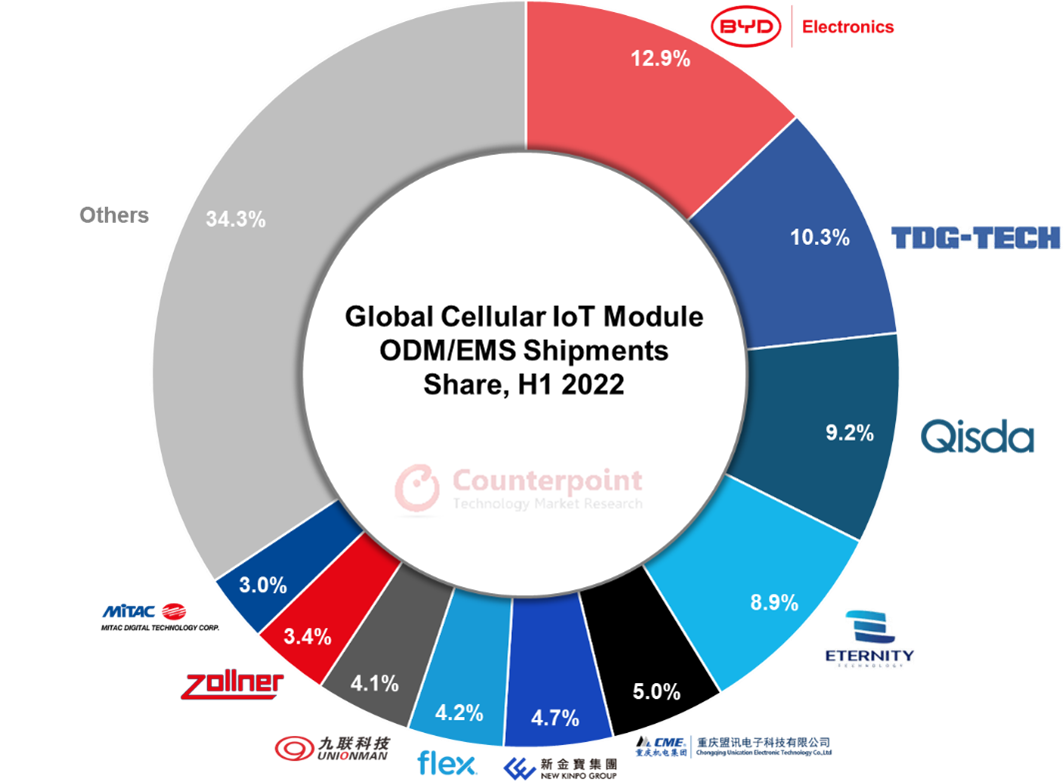 The top 10 ODM/EMS players captured two-thirds of IoT module outsourced manufacturing. The leading ODM/EMS suppliers for IoT module manufacturing, such as BYD Electronics, TDG-Tech and Qisda, are mainly from China's mainland and Taiwan region. At the same time, leading traditional EMS companies, such as Zollner, Jabil and USI, are also helping the top IoT module OEMs in their global expansion.

After declining in Q1 2022, the global cellular IoT module market recovered in Q2 2022, despite macroeconomic headwinds and lockdowns in China, the largest IoT market.