Chinese startups are racing to the GPGPU market and face the dominance of Nvidia and AMD in this market, as the US tightens export restrictions to curb China in the high-end chip making, JW Insights said in a recent report.

In the digital economy era, computing power is productivity. The rapid development of computing power is inseparable from the improvement of industrial chains such as ICs, data centers, and cloud computing. In particular, GPU, one of the three major computing power chips (the other two are FPGA and CPU), is a battleground for many aspiring tech companies. GPGPU or general-purpose graphics processing units, which is derived from GPU, has created a powerful high-performance general computing advantage with the concept of parallel computing, and is booming in computing power era.

After years of accumulation, China has become an up-and-coming top-tier player in the competition for computing power. As of June 2022, the total scale of data center racks in China has exceeded 5.9 million, the number of servers hit 20 million, and the total computing power has exceeded 150 EFlops, ranking second in the world, according to public statistics. Some market research institutions predict that by 2025, the size of China’s GPGPU market will reach RMB45.8 billion($ 6.5 billion), an increase of more than five times compared with RMB8.6 billion($ 1.2 billion) in 2019.

US chip giants Nvidia and AMD dominated 90% of the GPGPU market in China by virtue of the high entry barrier and their deep technology accumulation over the years. As the GPGPU applications mushroom in cloud computing, big data, industries and security fields, more Chinese GPU players are betting big on the sector, meeting the country's self-sufficiency needs.

As US government imposed an exportation ban on Nvidia’s top computing chip A100 in China, a move that could cripple Chinese firms’ ability to carry out advanced work, China’s efforts to substitution with domestic GPGPU accelerated.

These companies achieved impressive progress in GPUs of high computing power and high flexibility on self-developed architecture. They also built up their ecosystem and applications.

GPGPU needs to set up a large number of computing units with difficulties to properly combine many computing units to achieve high computing efficiency. The diversified applications of GPGPU require it to take into account high-performance computing, low power consumption, and flexibility. This places stricter requirements on the underlying core hardware architecture.

Most of the core architectures of China’s GPGPU manufacturers are self-developed, which is a tough but correct path. An industry analyst pointed out that adopting a self-developed architecture must be the way to the top. Only by mastering the entire architecture and realizing self-development can Chinese GPGPU players catch up with the leading players and surpass them in the future.

Li Yuan, the founder of AzurEngine, said that to achieve a large number of calculations and the arrangement of pipelines, the GPGPU needs to use a reconfigurable computing architecture with a significant number of processing unit arrays, so as to meet the requirements of high-performance computing while maintaining low power consumption and high efficiency. 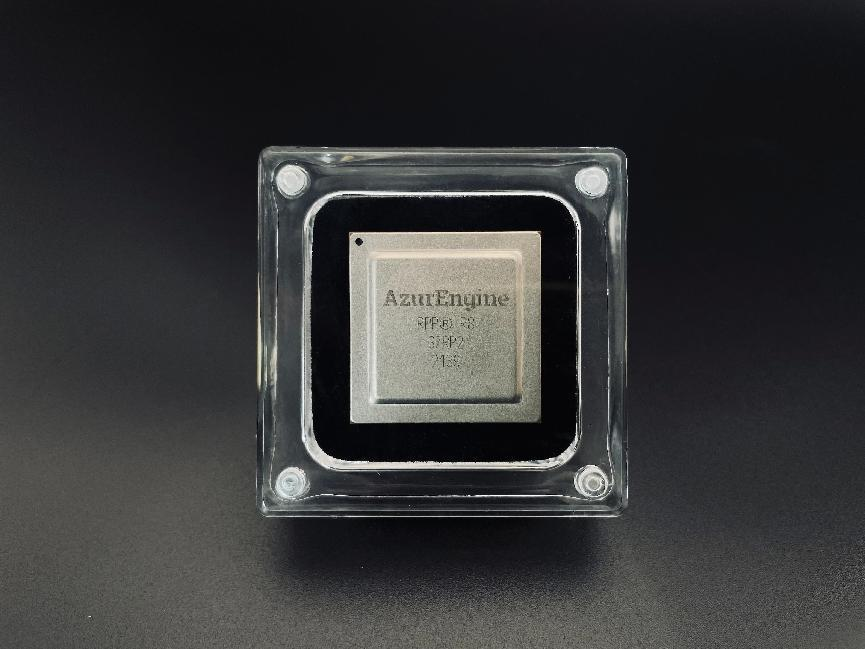 After many years of efforts, AzurEngine innovatively developed a reconfigurable parallel processor (RPP) with high energy efficiency and programming flexibility.

The company’s first-generation product RPP-R8, which adopts the spatial pipeline architecture and supports the CUDA ecosystem, has been successfully taped out, and the samples have been sent to customers.

AzurEngine’s self-developed tool chain has an independent SIMT instruction set and back-end compiler, and has achieved API compatibility on cuDNN and TensorRT. It supports a wide range of AI frameworks such as TensorFlow and Pytorch.