Chinese EV makers and suppliers are embracing new technologies, including chassis integration, in their automobile electrification and intelligence efforts, JW Insights said in a recent report. 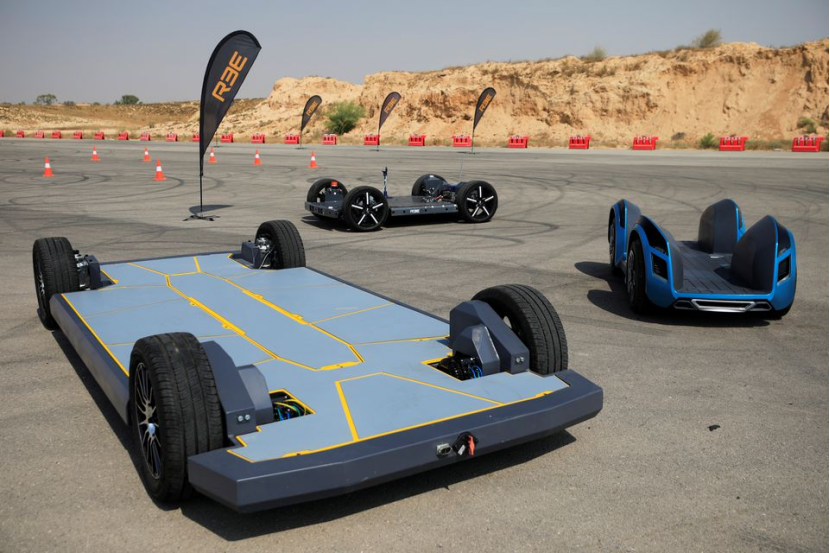 Battery companies and EV manufacturers are keen to deploy battery-chassis integration technology. Some industry experts expected that the new technology that integrates batteries, chassis, wire controls and non-load-bearing body would replace the traditional car-making model. From the industry’s perspective, integrating batteries and chassis and developing intelligent skateboard chassis may reshape the automotive supply chain and break the current pattern of EV upstream players in the value chain.

It is a new concept that has emerged in recent years. EV manufacturers and suppliers’ original intention of integrating battery and chassis is mainly to accommodate more battery capacity in a limited space, or to occupy less space in the auto body without reducing the EV range.

The development of EV power battery technology is basically divided into three stages. The first stage is the VDA (Verband der Automobilindustrie e.V.) standard, where the battery pack is integrated into a module, the module is then composed of a battery pack, and finally, the pack is mounted on the vehicle chassis. Since each cell has a separate module for packaging, it takes up a lot of space.

Then the power batteries entered the second stage of CTP (Cell To Pack), which directly integrates the battery into the battery pack, thereby eliminating the need for intermediate module architecture and improving space utilization. Under the consumers’ further demand for longer range and larger cabin space, the third stage of CTC (Cell To Chassis) or CTB (Cell To Body), also known as battery-chassis integration, has emerged.

Industry insiders pointed out that, unlike previous battery packs, CTC or CTB technology uses chassis packaging, which can minimize the occupied space, increase energy density, and achieve higher energy efficiency. In addition, the integrated design of the battery and the body can also reduce the vehicle’s weight, thereby improving the range. 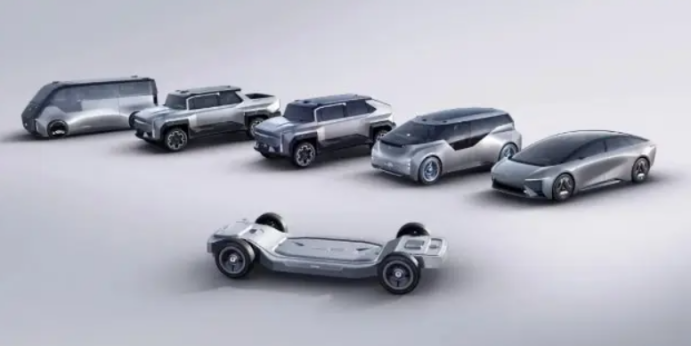 In an interview with JW Insights, a CATL executive said the CTC technology integrates the battery cell and the chassis, and then integrates the motor, electronic control, and vehicle high-voltage components, which can optimize power distribution and reduce energy consumption. He believes that the technology will enable electric vehicles to surpass traditional fuel vehicles in terms of purchase cost, convenience, and comfort and have greater interior space.

The idea of the EV skateboard chassis has become increasingly alluring to startups and suppliers, into which the battery, suspension, steering, powertrain, and braking functions are embedded. A skateboard chassis can cut down the cost and complexity of manufacturing of electric vehicles.

Under the new electrical and electronic architecture, the EV chassis system has gradually become intelligent and fully controlled through the wire. The upgrading of intelligence and the gradual implementation of high-level automatic driving functions have promoted the rapid development of automobile chassis in the direction of lightweight, integration, and self-contained. Emerging EV startups around the globe are embracing the concept of skateboard chassis or super chassis.

US Nasdaq-listed electric vehicle automaker Rivian has released an SUV and a pickup truck built on its custom skateboard chassis, which includes electric motors, batteries, controls, and suspension.

Ouyang Minggao, an academician of the Chinese Academy of Sciences, pointed out that in the future of vehicle technology trends, every player is concerned about two things, one is the one thousand-kilometer range, and the other is the skateboard chassis. The skateboard chassis will revolutionize the design and manufacturing of EVs.

The platform itself can be tailored to meet the needs of different OEMs. The use of multiple models on one chassis can not only reduce research and development costs, but also accelerate the launch of new models.

As building EVs is more like assembling consumer electronics products rather than making the more-complicated ICE-powered vehicles, EV-manufacturing based on skateboard chassis is quite attractive for OEMs, battery companies, and EV startups. With the help of venture capital, startups such as Rivian, Canoo, PIX Moving, U Power(悠跑科技), Ecar Tech(易咖智车), and HAOMO AI(毫末智行) have also entered this field.