JW Insights recently released the rankings of 66 Chinese chip companies listed on the SART Market of the Shanghai Stock Exchange by patent number, and SMIC is No.1 with 12,467 patents, accounting for half of those of all companies. 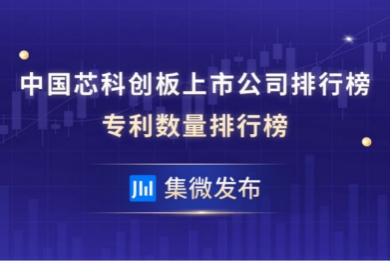 The STAR Market debuted at the Shanghai Stock Exchange in Shanghai on July 22, 2019. This Nasdaq-style sci-tech innovation board has not only helped boost the capital market but also significantly increased the number of patents of listed companies. The compound annual growth rate of the total number of patents of Chinese chip companies after listing is 21.37%, and the compound annual growth rate of invention patents is 24.64%.