Chinese semiconductor companies may tune their process technologies to circumvent the new export curbs imposed by US, according to Applied Materials, the leading US fab tool maker, reported tech media Tom's Hardware on November 18. 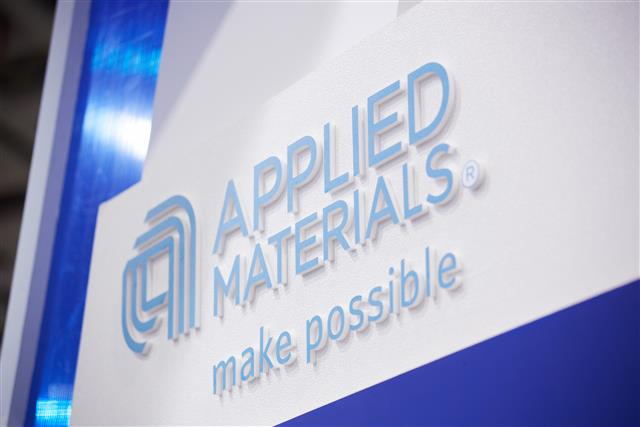 When the U.S. government imposed sweeping sanctions against Chinese semiconductor and supercomputer sectors in October, the global semiconductor industry immediately lost some $240 billion in stock valuation.

The latest US export regulations restrict the import of American tools and technologies that can produce logic chips with non-planar transistors on 14nm/16nm nodes and below, 3D NAND with 128 or more layers and DRAM memory chips of 18nm half-pitch or less. These are all fairly advanced process technologies widely used today and require tools from US companies such as Applied Materials, KLA and Lam Research.

"We expect some customers may decide to change their plan or change their technology, so it does not go above the threshold that is affected by the rules at this point," said Brice Hill, the chief financial officer of Applied Materials.

Applied Materials stresses that some of its customers might adjust their process technologies to avoid the new regulations. For example, while Applied does not explicitly say it, it is expected that SMIC, China’s top chipmaker, could possibly come up with a 17nm fabrication process, whereas YMTC, China's top memory chip maker, could reduce the number of active 3D NAND layers in its chips.

"There are some customers that we are trying to clarify that we can apply for licenses for or we can get authorizations for once they establish that their technology is within the guidelines," said the CFO of Applied during the company's recent conference call. "On the other side, we expect some customers may decide to change their plan or change their technology, so it does not go above the threshold that is affected by the rules at this point."

However, the development of such nodes and validation/qualification by customers will take some time, so do not expect this avenue to work in the short term future, Tom's Hardware said.

Applied Materials said recently that the US sanctions against the Chinese semiconductor industry that prohibit it from supplying its advanced tools to its clients in China would cost it $2.5 billion of revenue in fiscal 2023, or 10% of the company's revenue of $25.79 billion in FY2022. The company will keep trying to get appropriate export licenses from the US Department of Commerce, said the  Tom's Hardware article.

KLA said in late October that its earnings would be impacted by the new US export rules.