JW Insights released the Ranking of 86 Chinese semiconductor firms listed on the Shanghai Stock Exchange and Shenzhen Stock Exchange by the number and market capitalization of their overseas shareholdings on July 12.

The market cap of the 86 companies totals about RMB 93.286 billion ($13.88 billion), accounting for 2.32% of the total market cap of the 146 Chinese listed semiconductor stocks that JW Insights tracks as of June 30. 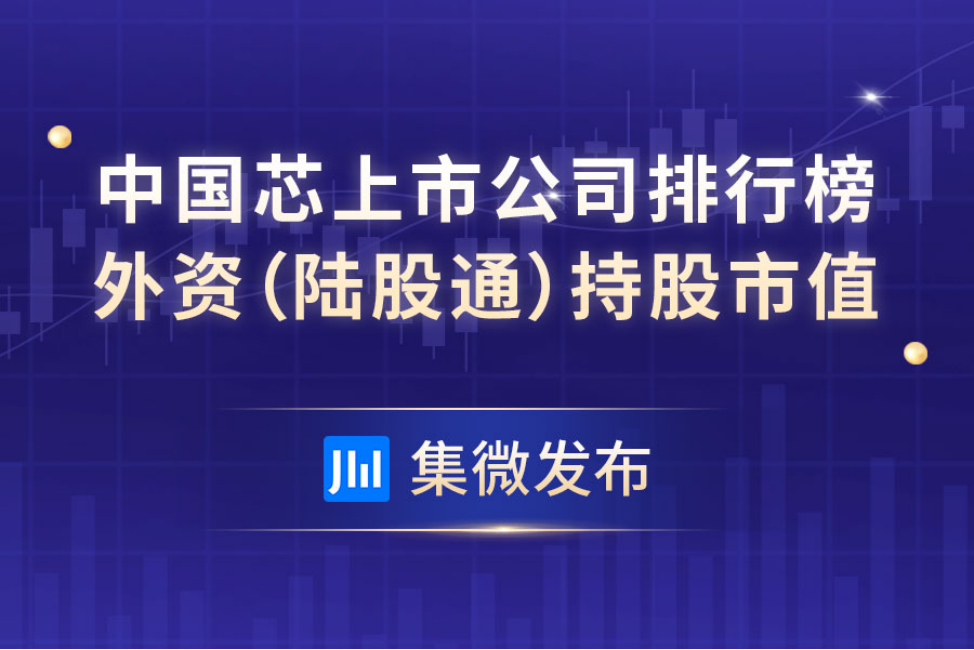 Will Semiconductor(韦尔半导体) tops the Ranking with a foreign shareholding market cap of RMB 10.963 billion ($1.6247 billion).

Compared with the beginning of 2022, overseas shareholdings increased in 48 of the 86 companies and decreased in 33.

For 39 companies, the market capitalization of overseas shareholdings increased, and 47 decreased.

The proportion of overseas ownership of semiconductor shares to the total semiconductor equities in market value was 2.32%. Compared to 2.62% at the beginning of the year, there is a difference of 0.3 percentage points.

Mainland-Hongkong Stock Connect is a mutual stock market access mechanism that enables investors in the Chinese mainland and Hong Kong to trade eligible shares listed on the other’s market through their local securities companies or brokers.