JW Insights released the ranking of Chinese listed semiconductor companies by the number of employees in 2021, Wingtech, HT-Tech, and Shenzhen Kaifa being the top three employers. The release on May 23 also included the ranking by R&D staff number. 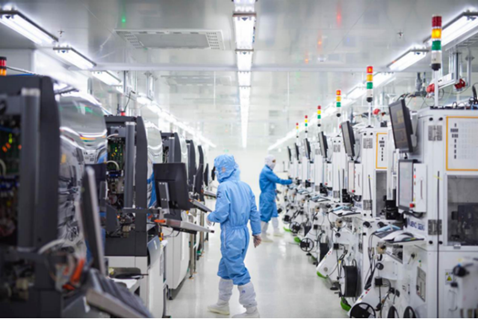 The top companies are mostly in manufacturing, packaging and testing, and IDM, with many workers in workshops.

The industry's R&D staff number increased by an average of 21.1%.

Wingtech tops the R&D staff ranking with 7,045 R&D personnel. The other four companies in the top five are HT-Tech, Ninestar, Taiji Industry (太极实业), and Sanan Optoelectronics.

Compared with 2020, the average increase in R&D personnel of listed semiconductor companies is 21.1%.

It is noted that there are 38 companies with R & D staff accounting for more than 50% of the total employees. They are all design companies, except Changchuan Technology.