Cai Guozhi, chairman of China’s leading foundry Nexchip (晶合集成), said Chinese companies could maximize efforts on mature processes if constrained in the advanced processes by the US's new export control regulations, and produce more substitute products to replace imported chips in more fields. He made the remarks at the 2022 World Conference on Integrated Circuits held in Hefei of eastern China's Anhui Province on November 18. 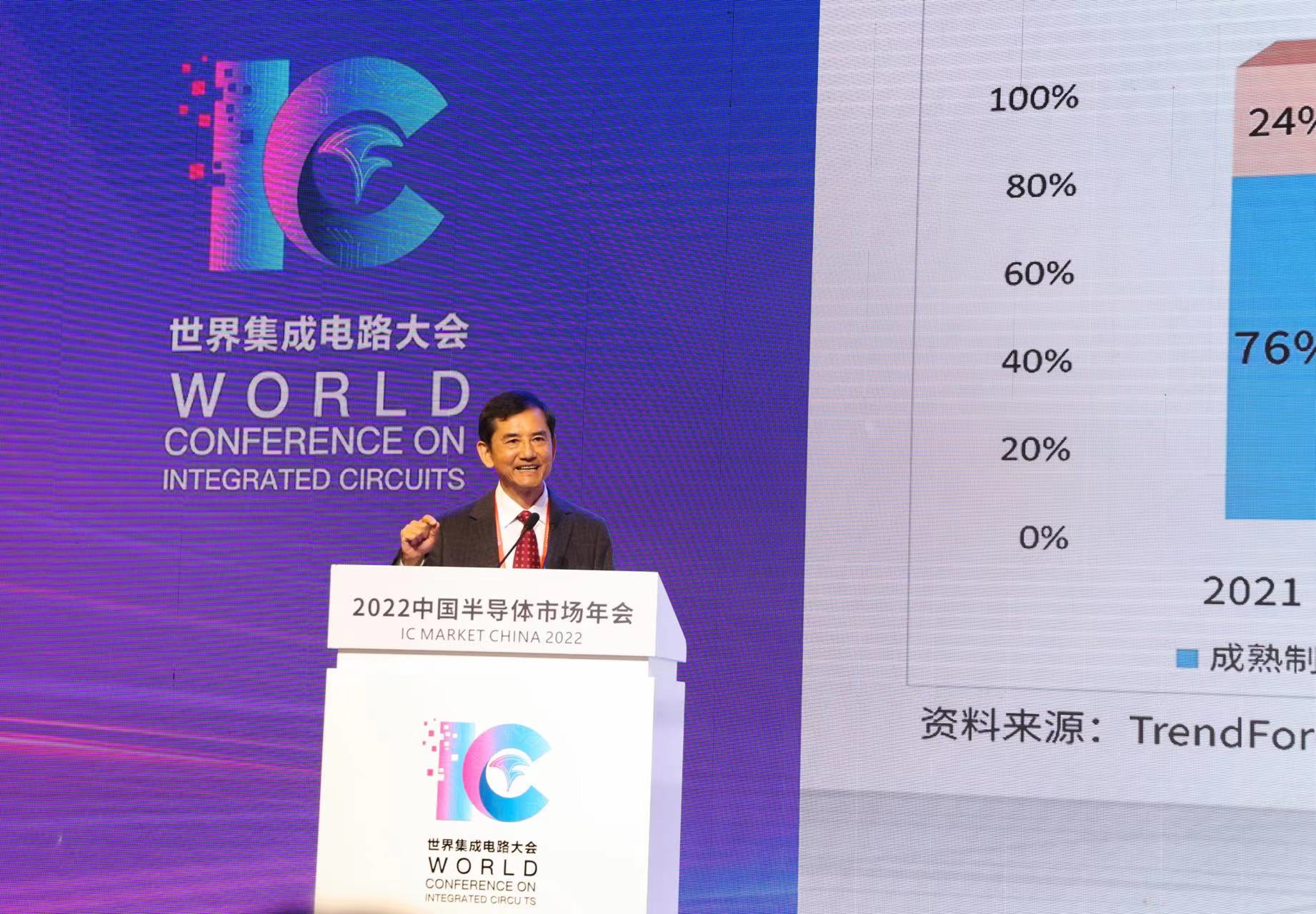 Entitled "Opportunities and Challenges of the Foundry Industry under New Situations," Cai's speech pointed out that the US’ series of anti-globalization measures to block China's semiconductor industry for so-called national security had far-reaching negative effects on human science and technology as well as the global economic development.

“Although these control measures have hindered the short-term development of China’s advanced processes, the mature processes could have huge potential if choosing the right direction,” Cai added, “As the world's leading manufacturer of power semiconductors, Infineon's most advanced products use only 65nm process.”

According to the research from TrendForce and Nexchip, the sales of mature processes (28nm and above) accounted for 76% of the global wafer sales in 2021, and the shipment of 12-inch wafers took up almost 86% of the total. The demand is huge and stable in the long term.

Wu Hanming, academician of the Chinese Academy of Engineering, also said that our top priority was to increase chip production capacity and the proportion of homemade chips, rather than focusing on the 14nm and 7nm markets. The self-controlling of the 28nm process and above was more significant than cracking the 7nm technologies.

Therefore, mature process chips are more needed in most life scenarios, even though high-end chips produced in advanced processes are quite important, said Cai.

Established in 2015, Hefei-based Nexchip is the first foundry of 12-inch wafers in Anhui Province. The company has become the third largest foundry in China’s mainland, second only to SMIC and HHGrace. Last year, Nexchip became one of the global leading foundries for  display driver chip.

Nexchip’s next focus is where China has the potential to lead the world - the new energy vehicle industry, according to Cai.

“Currently, China has weakness in the NEV supply chain, and more than 70% of the key automotive chips still rely on imports. Nexchip is making efforts to change this situation. It is promoting the automotive chip technologies and verification by teaming up with our clients, and plans to set up a production line for automotive chips in 2023,” Cai said.

In addition to the panel and auto industries, there are many fields in China with huge demands for mature process chips, such as the RFID (radio frequency identification), Cai mentioned.

Statistics show that the chip design houses in the Chinese mainland will exceed 3,000 in 2022 with a rapid growth of 25% in the past two years.

“If each design house adds a monthly 100 wafers demand by next year, it will mean 300,000 more wafers per month for foundries. The potential of the domestic chip market is unlimited. What our company needs to do is to prepare production capacity and technology platforms to help realize the national strategic goals in the chip industry,” Cai said.