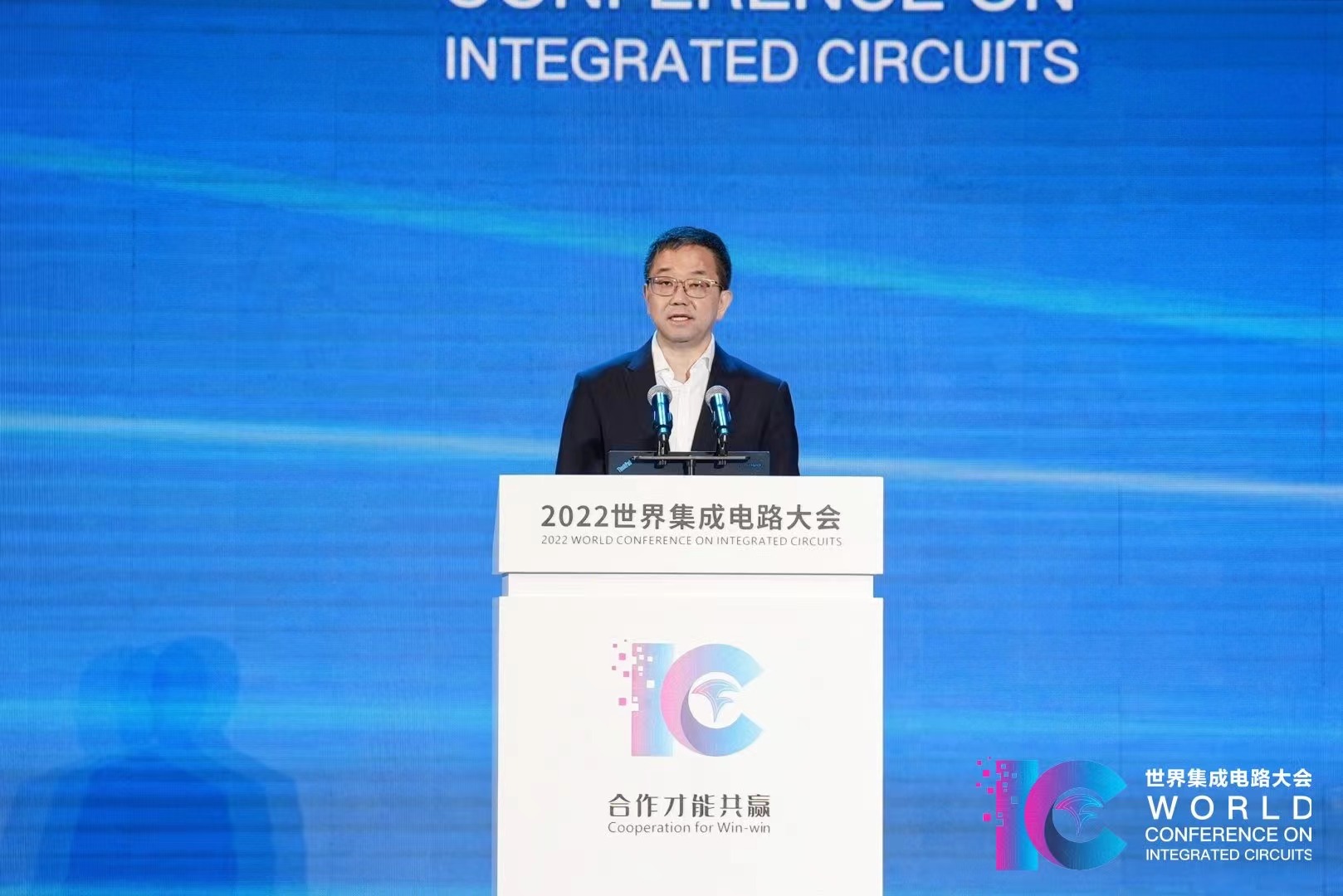 Under the theme of "Cooperation for Win-Win，" the Hefei conference was co-sponsored by China's Ministry of Industry and Information Technology (MIIT) and the Anhui provincial government. It conducted wide range and thought provoking discussions on semiconductor supply chains and technological iteration against a complicated geopolitical changes, along with exhibitions of latest technologies and products. Nearly 200 delegates from over 20 countries and regions, including the US, Britain, Germany, Italy, Japan, and South Korea, are attending the conference off-line and online.

"The ministry will strengthen the protection of intellectual property rights and create a fair, transparent, and nondiscriminatory environment for domestic and foreign enterprises," Wang said at the opening ceremony.

Zhang Li, vice president of the China Semiconductor Industry Association, said that the sales of China's IC industry reached RMB476.35 billion ($66.89 billion), a year-on-year increase of 16.1% in the first half of 2022, and China is a fertile ground for the development of IC companies in the world.

Cristiano Amon, CEO of US chip company Qualcomm, and rotating chairman of the Semiconductor Industry Association(SIA), said the CSIA and the SIA would continue cooperation to promote the development of the global chip industry and jointly deal with the challenges and opportunities at the opening ceremony via video.

John Neuffer, SIA president and CEO, said that the current tension in Sino-US relations is not in the two countries’ common interests, bringing unprecedented pressure and pain to the global semiconductor industry chain.

Frank Meng, president of Greater China at Qualcomm, said that in the face of the opportunities brought by digital transformation, open innovation and win-win cooperation are the main themes of the development of the digital economy, and Qualcomm will continue to work with Chinese partners to build an innovation ecosystem and help the progress of the times.

Zhu Yiming, chairman and CEO of ChangXin Memory Technologies Inc(CXMT), a leading Chinese chipmaker, said that despite all the ups and downs, cooperation is key to win-win outcomes.

Spencer Pan, president of AMD Greater China, said that computing would undergo profound changes in the next five years, especially in the data center, PC, and gaming fields.

A wide range of events took place during the three-day conference, including diverse forums and the 20th China International Semiconductor Expo, chip designing and testing contests, and business matchmaking events.

Anhui is home to more than 400 enterprises involved in the IC industry, and it has developed a relatively complete industrial chain from design, manufacturing, packaging, and testing, to materials, equipment, innovative research and development platforms, and talent training.