OPPO, Chinese smartphone giant, has made rapid progress with its self-developed chips over the last three years, but there are uncertainties in its dependence on core chip suppliers Qualcomm and MediaTek, according to a JW Insights report by analyst Wang Xiaofang on January 17.

Excerpts from his article are as follows: 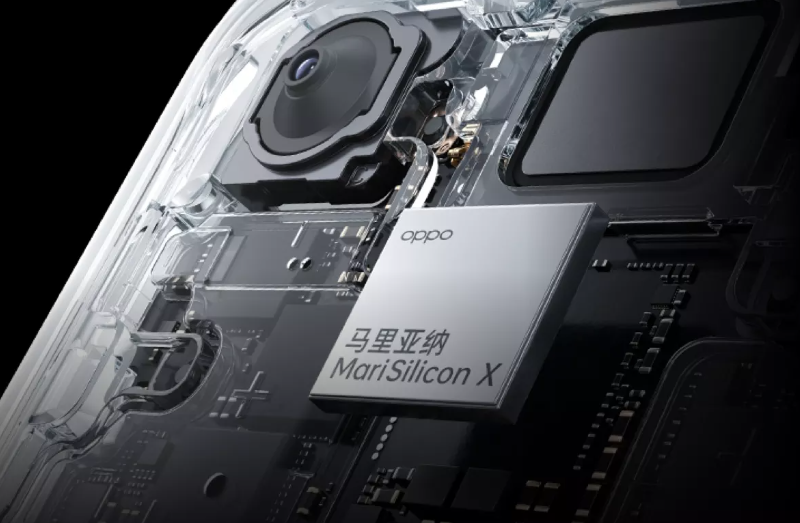 OPPO's CEO Chen Mingyong announced in late 2019 that the company would invest RMB50 billion ($7.37 billion) in developing technologies such as 5G and chips over three year period.

In 2021, OPPO launched its first in-house chip MariSilicon X - an ISP chip for enhanced imaging capabilities. By the end of 2022, OPPO released its second chip MariSilicon Y, a Bluetooth audio processing chip for headphones. In Q3 of this year, it will mass produce its AP chip.

Sravan Kundojjala, director of handset research services at Strategy Analytics, said that OPPO is likely to come up with a 4nm/3nm-based AP by early 2024. It can license CPU, GPU, NPU and 5G modem DSP IPs from third parties. However, the company's chips might be limited to a specific price band and in specific region.

"We do not expect OPPO to deploy in-house APs widely in its portfolio due to modem testing challenges and a lack of proven IP portfolio. The main challenge is a lack of 5G modem technology. Modem technology is critical to succeeding in smartphones. Even Apple had to acquire 5G modem technology from Intel. OPPO and Xiaomi are likely to design 5G chips, but it will take time to match the performance of Qualcomm and MediaTek," Sravan Kundojjala told JW Insights.

The development of AP, BP and related SoC solutions has a high technical barrier, determining the performance of a phone.In the past decade, Apple, Huawei's HiSilicon and Samsung have all launched industry-leading SoCs and solutions, further promoting the trend of self-developed core chips.

However, HiSilicon's Kirin chip was suspended by the US sanctions after reaching the high-end level; Xiaomi's Pinecore Surge chip failed halfway; And Samsung's new Exynos chip is neither performing as well as it should.

With the exception of Apple, it seems that all major Android handset manufacturers are widely using APs provided by Qualcomm and MediaTek.

Strategy Analytics estimates that vertical vendors accounted for 23% of all smartphone AP shipments in 2022. This resulted mostly from HiSilicon's withdrawal because of the geopolitical changes.

OPPO's self-research on AP is not a surprising choice. The company has a high investment in R&D. As a device manufacturer, OPPO has gained deeper insights into needs of its users, directly reaching them and analyzing their demands through its products.

OPPO is closer to consumers than upstream chip suppliers and knows better what is in line with the needs of users. Based on those, it has deployed many patent layouts for hardware and chip design in recent years. In addition, the main chip design often involves cross-licensing with handset device makers for certain user experience patents. So it will use its APs for certain models and projects.

But for now, OPPO may not use self-developed chips for all mobile phone products. It will still rely on Qualcomm and MediaTek for APs as well as modem chips from other top brands.

In accordance with analysis by Strategy Analytics, OPPO may continue to partner with Qualcomm and MediaTek. OPPO is not expected to have broader cost-competitive portfolios to address all price points. It will continue to use MediaTek in low-end and mid-range and Qualcomm in premium devices.

In the long run, the company needs to reduce its dependency on third-party chip vendors in light of potential geopolitical changes. It shares concerns for supply chain security. There could be changes in its cooperation with Qualcomm and MediaTek, as OPPO will use its own chip.

The company has chosen a long and rough path requiring a large amount of capital support and a longer cycle. Its future development is bound to face challenges and difficulties.